Prayer Before a Five Pound Note

This is another of the prayers of Michel Quoist I remember from my teens. When I say remember I mean I could recall the essence of the prayer. It struck me because a £5 note was something I saw but seldom held. It was more than my weekly wage in 1963, as an apprentice aircraft engineer. Today it is worth about £88 or €100, according the web page I consulted. It was not an insignificant amount.

I suppose if the prayer was to be written today in would include the Credit or Debit Card and the contactless facility that is available. Personal banking and the handling of money has changed so much since the early 1960’s, I did not have a bank account then. While how we deal with personal finance has changed what Michel Quoist wrote regarding the bank note still can speak to us today.

Why not sit down with a cup of tea or coffee, relax, take a few slow deep breaths and pick up a £5, €5 note or your debit card and slowly and prayerfully read Michel Quoist’s prayer. Do not rush, let each line speak to you.

Firstly, some words from the New Testament :

Your riches have rotted, and your clothes are moth-eaten.3Your gold and silver have rusted, and their rust will be evidence against you, and it will eat your flesh like fire. You have laid up treasure for the last days.4Listen! The wages of the labourers who mowed your fields, which you kept back by fraud, cry out, and the cries of the harvesters have reached the ears of the Lord of hosts. (James 5:2-4)

Sell your possessions, and give alms. Make purses for yourselves that do not wear out, an unfailing treasure in heaven, where no thief comes near and no moth destroys.34For where your treasure is, there your heart will be also. (Luke 12:33-34)

Lord, see this note, it frightens me.

How heavy it is!

It scares me, for it cannot speak.

It will never tell all it hides in its creases….

It is heavy, heavy, Lord.

It fills me with awe, it frightens me.

Through how many hands has it passed, Lord?

And what has it done in the course of its long, silent trips?

It has offered white roses to the radiant fiancee.

It has paid for the baptismal party, and fed the growing baby.

It has provided bread for the family table.

Because of it there was laughter among the young, and joy among the adults.

It has paid for the saving visit of the doctor,

It has bought the book that taught the youngster,

It has clothed the young girl.

But it has sent the letter breaking the engagement.

It has paid for the death of a child in its mother’s womb.

It has bought the liquor that made the drunkard.

It has produced the film unfit for children.

And has recorded the indecent song.

It has broken the morals of the adolescent and made of the adult a thief.

It has bought for a few hours the body of a woman.

It has paid for the weapons of the crime and for the wood of the coffin.

O Lord, I offer you this note with its joyous mysteries, and its sorrowful mysteries.

I thank you for all the life and joy it has given.

I ask your forgiveness for the harm it has done.

But above all, Lord, I offer it to you as a symbol of all of the labours of men and women , indestructible money, which tomorrow will be changed into your eternal life. 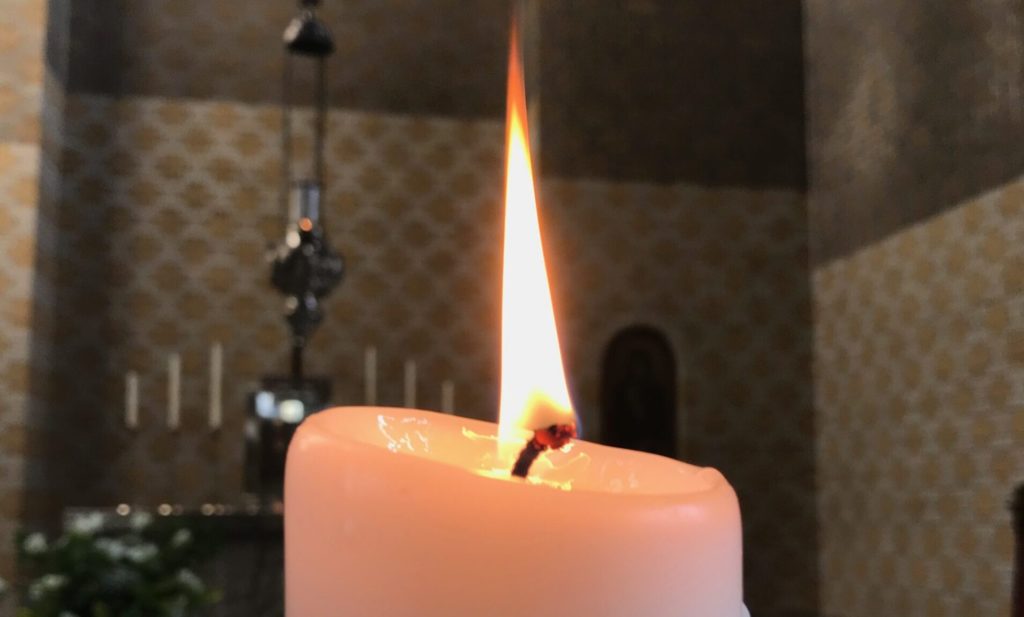