Inigo Lopez de Loyola was born in 1491, he later took the name Ignatius, he was the youngest son of a nobleman of the Basque region of northern Spain. His dreams as a young man were that of the glories of knighthood. The reality was different in 1521 defending the Spanish border fortress of against the French artillery, Inigo’s right leg was shattered by a cannon ball. He was carried back to his family home in Loyola where he began a long period of convalescence.

During convalescence he read several religious books, the only books available to him. These books and the isolation during his convalescence led to a conversion experience. Ignatius began to pray, he fasted and dedicated himself to God. He later decided to study for the priesthood.

As a student in Paris he drew a small band of friends to himself and directed them in extended prayer and meditation, this method later became known as Ignatian Spiritual Exercises. After further studies, the first Jesuits were ordained to the Catholic priesthood in Venice and offered themselves in service to Pope Paul III. In 1540, Paul III approved the Institute of the Society of Jesus, known as Jesuits.

The legacy of Ignatius, the Society of Jesus, is wide, from its priests, its teaching and the encouragement of prayer and retreats. The Spiritual Exercises are widely practised in its various forms. There are examples using a simpler format of reflective prayer that are commonly used today. St. Ignatius believed that we can find God in all things, at every moment, even in the most ordinary incidents. To do this, we must take time to reflect on our experience, to look at the events of a day and discern their meaning.

St Ignatius expects the Jesuits to practice what is referred as the Examen twice daily, at noon and at the end of the day. It’s a habit that Jesuits, and many other Christians, practice to this day.

Further resources on Ignatian Spirituality can be found on the following web pages: IgnatianSpirituality.com, sacredspace.ie

Take time to settle and feel relaxed. Notice what was life-giving or creative, where you felt there was a flow, an ease of being or an openness of heart towards others, even in difficult situations. Spend time allowing these feelings to grow in you and give thanks.

Ignatius recommended a five-step method of prayer called the Examen to help us find God in all things. The Examen encourages us to look back over a period of time and pay attention to what is happening in and around us. Then we look ahead, to what comes next, so that we can act in a way worthy of our vocation as Christians.

Prayer for Trust in Jesus

O Christ Jesus,
when all is darkness
and we feel our weakness and helplessness,
give us the sense of Your presence,
Your love, and Your strength.
Help us to have perfect trust
in Your protecting love
and strengthening power,
so that nothing may frighten or worry us,
for, living close to You,
we shall see Your hand,
Your purpose, Your will through all things. Amen.

Lord, teach me to be generous.
Teach me to serve you as you deserve;
to give and not to count the cost,
to fight and not to heed the wounds,
to toil and not to seek for rest,
to labor and not to ask for reward,
save that of knowing that I do your will. Amen.

Father, In the awareness of Your presence
Beneath the shadow of Your wings,
In the closeness of Your love, may we abide.

Jesus, In the fellowship of Your saints,
In the communion of Your faithful,
In the church called to mission, may we abide

Spirit, In the power of Your love,
In the fullness of Your gifts,
In the guidance of Your wisdom, may we abide.  Amen.

May God grant to the world justice, truth and peace.  Amen 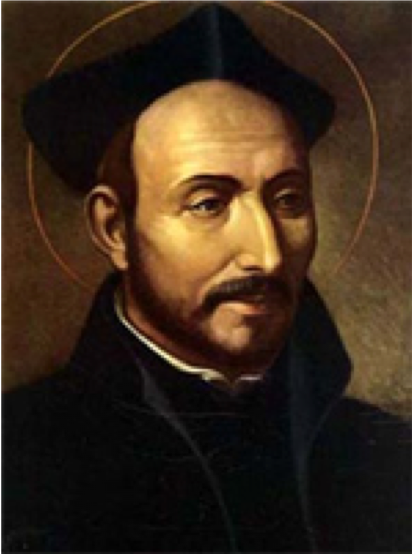