The Oxford Bloggers – Probably an unlikely choice for a Mid week time of reflection, a bit heavy and cerebral. Let me explain, the title comes from a group of Oxford of high church clergy, who between 1833 and 1841 wrote a number of tracts hence the title Tractarians and the Oxford Movement. Today they probably would post blogs, do podcasts or ZOOM. 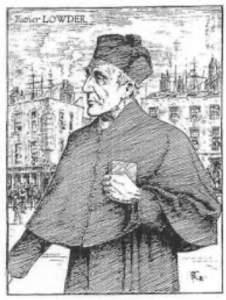 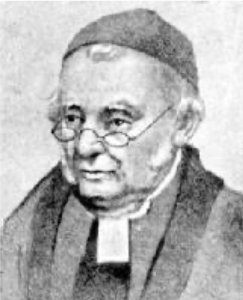 Two significant characters associated with the Oxford Movement were; Edward Bouverie Pusey 1800-1882, an Oxford professor in Hebrew and Canon of Christ Church Oxford and Charles Fuge Lowder, 1820-1880, curate of St Barnabas, Pimlico in London’s East Endand a founding member of the Society of the Holy Cross.
We commemorate them during September.

The Oxford Movement or Tractarians were successful in reviving a greater focus on the sacramental and liturgical practices within Anglican worship. They were however less successful in reviving any movement toward what they saw as orthodox Catholicism. The Movement did, however, have a divisive side illustrated by an incident involving Charles Fuge Lowder. There was a conflict between a candidate for church warden, Mr Westerton and Revd. Lowder over what was seen as the influence of the Roman Catholic Church. What happened next could have be seen as a case of shoulder bags/hand bags at dawn, but, of course, it was serious disagreement. Mr Westerton hired someone wearing an ‘A’ board with the words Vote Westerton to which Revd Lowder responded by paying choir boys to pelt the ‘A’ board carrier with eggs. He later described his reaction as a moment of madness. This moment of madness landed Revd Lowder in court and a fine of £2. (equivalent in purchasing power to about £270, €300 in 2020) It also meant Revd Lowder was suspended for six weeks by his bishop.

It was a period in the life of the Church of England where it was hardly seen at its best. The dissension did bring the church into disrepute, however it also left us with things to celebrate.

The Oxford movement brought to us an appreciation of the beauty that can enrich us through our liturgy.
Imagine you are sat in a church surrounded by the sense of sacredness, allowing the worship to wash over us and and for us to experience the ‘otherness’, the presence of God in our midst.

It also brought a witness and a ministry that was an embodiment of the words of Jesus in Matthew 25:35-36:

Often when viewing the legacy of the Oxford Movement too little attention is given to their work amongst the poor and disadvantaged with too much focus is given to ‘the smells and bells’ of their worship.

When Charles Lowder died in 1880, the police were needed to hold back the crowds of weeping mourners. That was the level of love people had for the life and ministry of Charles Lowder.

Now let us relax and reflect:

I invite you to sit and reflect on those moments when you have sat in the stillness of a church and admired its beauty, whether that beauty be in its extravagance or its simplicity. Hold on to those moments where you sensed the sacredness of the space.

Give thanks to God for those experiences.

Give thanks for the men and women who inspire and lead our worship.

Give thanks for the architects and those who had the vision to build places of beauty, that became sacred places and solid ground on which to rest.

Give thanks for those who by faithful witness lived out the words of Jesus in Matthew 25.

Final Prayer
Father, In the awareness of Your presence
Beneath the shadow of Your wings,
In the closeness of Your love, may we abide.

Jesus, In the fellowship of Your saints,
In the communion of Your faithful,
In the church called to mission, may we abide

Spirit, In the power of Your love,
In the fullness of Your gifts,
In the guidance of Your wisdom, may we abide. Amen

May God grant to the world justice, truth and peace. Amen 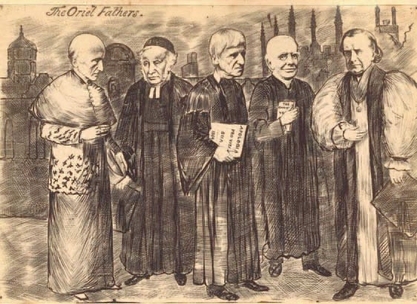