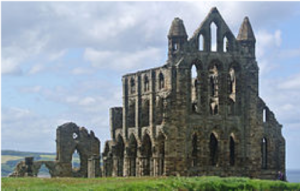 Hilda (known in her own lifetime as “Hild”) was born in 614 and baptised in 627. About 20 years later she became a nun and went on to establish several monasteries, the last being at Whitby. Hilda was to lead this community which was for both men and women, a chapel separated the accommodation. The Whitby monastery was a significant centre of English learning where it produced several bishops.

The Gospel was known to the Celtic people from before 300AD but the upheaval over the next two centuries, caused by invasions from across the channel, led to many Celtic people moving to Scotland, Wales and Ireland. When life became more settled missionary work resumed by both Celtic Christians and those from Europe. While there were not doctrinal differences it was inevitable that there were differing customs and traditions. The main one was over the proper way of calculating the date of Easter but there was also the matter of the style of dress and haircut of the monks. We may smile at the matter of dress and haircut of the monks but we should remember that today many businesses spend a considerable amount money on corporate images and protecting their corporate identity.

In 664 the Synod of Whitby met at that monastery to consider these matters. While Hilda would have preferred to continue to follow the Celtic tradition the decisions was to adopt the Roman tradition. Hilda’s strength of character became evident after the decision had been taken, she used her moderating influence to ensure that no schism happened as a result of adopting Roman practices. Her moderating influences were such that her advice was often sought both by rulers and ordinary folk. Another one of her passions was the study of scriptures and ensuring that clergy were properly educated.

In our time of reflection, I invite you to hold on to the endearing and lasting qualities of Hilda. She obviously had a strong personality, leadership skills but also the ability to put her own desires and preference to one side in favour of the wider good and the unity of the Church. This was not a woolly compromise, a sign of weakness but rather a strength, she worked for the common good. Some 1400 years later we are reminded that sometimes losing the argument, as Hilda did, leads to greater things and apparent loss becomes the base on which to grow. Hilda reaches out and can speak us today.

O God, whose blessed Son became poor that we through his poverty might be rich: deliver us from an inordinate love of this world, that, following the example of your servant Hilda, we may serve thee with singleness of heart, and attain to the riches of the world to come.

O God of peace, by whose grace the Abbess Hilda was endowed with Gifts of justice, prudence, and strength to rule as a wise mother over the nuns and monks of her household, and to become a trusted and reconciling friend to leaders of the Church: Give us the grace to respect and love our fellow Christians with whom we disagree, that our common life may be enriched and your gracious will be done, through Jesus Christ our Lord, who lives and reigns with you and the Holy Spirit, one God, now and for ever. Amen.

Be Thou my Vision, O Lord of my heart;
Naught be all else to me, save that Thou art.
Thou my best Thought, by day or by night,
Waking or sleeping, Thy presence my light.
Be Thou my Wisdom, and Thou my true Word;
I ever with Thee and Thou with me, Lord;
Thou my great Father, I Thy true son;
Thou in me dwelling, and I with Thee one.
Be Thou my battle Shield, Sword for the fight;
Be Thou my Dignity, Thou my Delight;
Thou my soul’s Shelter, Thou my high Tower:
Raise Thou me heavenward, O Power of my power.
Riches I heed not, nor man’s empty praise,
Thou mine Inheritance, now and always:
Thou and Thou only, first in my heart,
High King of Heaven, my Treasure Thou art.
High King of Heaven, my victory won,
May I reach Heaven’s joys, O bright Heaven’s Sun!
Heart of my own heart, whatever befall,
Still be my Vision, O Ruler of all. 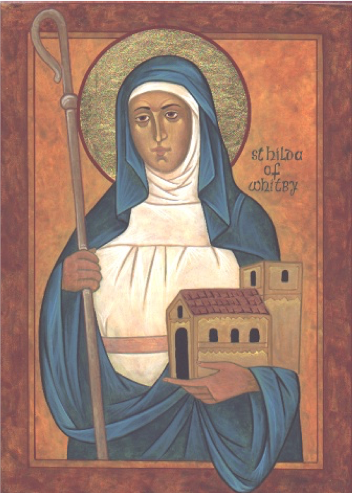