This week, in place of our usual midweek reflection, we offer something a little different. A story written by Rev Derek Akker based on the Gospel. Do take time to read and enjoy!

John, Jesus and the Jordan.

Allow me to introduce myself, my name is Benjamin, I’m David’s son. You may have come across him in earlier stories. I have decided to follow in my father’s footsteps, so to speak. I’m a storyteller as well. I had had years of sitting next to him as he told stories. He had a wide repertoire, although people had their favourites and would request him to tell the story again and again. I used to know when he was going to tell story’s involving Jesus. He would fidget around a bit, then he would straighten his back and lean forward and drop his voice a little and start the story. He would look for the listeners to lean forward a little and he knew he had their attention and then he would raise his voice and start the story again. It was a clever way to get his audiences attention and it seemed to work.

Through my father I also became fascinated by the Jesus stories. While we were not a wealthy family my father taught me not just how to tell stories, but to read and write, sometimes with the help of a good rabbi. He also made sure I could do a lot of jobs around the village, these all made sure there was always food around, clothes on my back and somewhere to lay my head. As a family we were fortunate, inasmuch, as we had cousins in Tiberias, Capernaum and Jerusalem as well as Nazareth, it made travelling so much easier. We could just arrive at our cousins, stay overnight or even for a few days and our family members would make return visits from time to time.

But that’s enough about me. I want to share a story about John, Jesus and the Jordan. John, where do I begin? He was the cousin of Jesus but a little older. He was a man on a mission, he was a man of faith and he took his faith seriously. His appearance was unkempt. He just did not care how he looked; his clothes looked rough. Now I don’t wear fancy clothes, I could not afford them but I think I looked reasonable but when it came to John, he was different and scruffy. I think he was trying make a point. Also, his diet was different from most people, locusts and wild honey seemed to be his main diet. However, I imagine he must have eaten other foods. Certainly, his appearance did not put people off coming to listen to him. One of his favourite sites for preaching was on the banks of the Jordan. His mission was clear from his preaching.

I joined a group from Jerusalem and we went to listen to him. He had a loud, clear and authoritative voice and was calling us to repent of our sins, to feel regret for our wrongdoings. He called us to turn to God and to prepare for the coming of the messiah, the anointed one of God. He reminded us of the prophet Isaiah and also the other prophets who across our history called us back to God. They spoke out against injustice and were not frightened to speak their mind. I had often asked myself the question ‘what would it be like to hear a prophet speak’? Now I could hear John, if there ever was a prophet, John was one.

Many of us joined John, the baptiser in the Jordan and were baptised. How did it feel? It felt good, it was cool and refreshing but there was something else. It is hard to put into words but I felt at peace and God, well God felt real. That’s the best I can do to explain my feelings.

Part of being a good storyteller is the ability to listen to others as they tell their stories. They chat in their homes or outside under a tree, nothing formal or organised just passing the time of day. I enjoy listening and then go on my way with information I can turn into stories at a later date.

Returning to John, Jesus and the Jordan. Later I heard that Jesus, John’s cousin, came to the Jordan and was baptised by John. On all accounts John was reluctant to baptise Jesus. There was an interesting event after Jesus’ baptism there was a lone white dove flying above the river, it was as if the dove had landed on Jesus and some said they heard a voice saying ’This is my Son, whom I love and I’m pleased with him’.

After his baptism Jesus left the Jordan and went into the wilderness. A place John was familiar with. These wandering preachers seemed to like periods in the wilderness, a time without distractions, a period to think I suppose and gather their thoughts. A while later I was told by one of his followers that this wilderness period was also a time of temptation for Jesus!

This must have been a very special and difficult time for Jesus. It might sound blissful to be in the wilderness, no one to pester you, I could probably manage a few days but 40 days, I don’t think so. A period of 40 days would mean you got to know yourself, who you were and what you were going to be doing in the future. But for Jesus it was more than that, he was pestered, tempted. He must have faced them but not let them overwhelm him. It was for Jesus a religious experience, his relationship with God, the One he called Father became stronger and was prepared for his ministry and to take on the task of being the messiah but not the one people were expecting.

©2021 Derek Akker – No distribution beyond personal use without permission 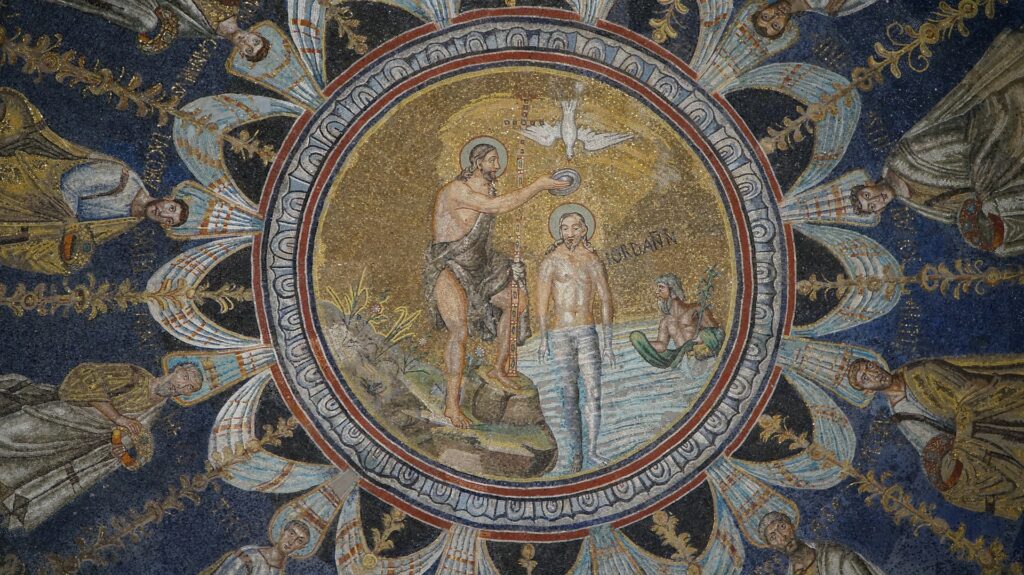