Beuno (Pronounced Bay No or anglicized as Bono) 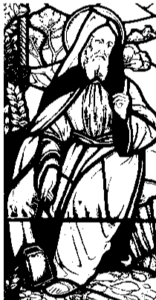 Beuno’s untrustworthy legend has him a monk in Wales who founded his own community and performed numerous miracles, among them, restoring St. Winifred’s head after she was beheaded. However, he does seem to have been an effective preacher who evangelized much of North Wales and founded a monastery at Clynnog Fawr (Caernarvonshire.) (From catholic online)

There are a number of churches dedicated to St Beuno in Wales, there is also a church in Culbone, Somerset dedicated to Beuno. People can also go on retreat to St Beuno’s, a former theological college, near to St Asaph and now a Jesuit spirituality retreat centre.

Not much for us to write about but his name is still known and used.

Again, there is not much to write about St. Winifred. She is, however, the best known of the Welsh women saints. She was born in North Wales in the early seventh century. Her mother’s brother was St. Beuno, Abbot of Clynnog Fawr in Gwynedd. Beuno tutored his niece in the spiritual life and she dedicated herself to God and became a nun. During this time she lived under St. Beuno’s care. 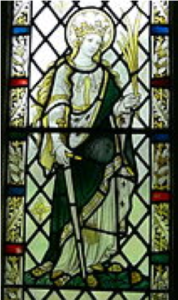 The legend of Winifred is a tragic one, she was pursued by Prince Caradog, Winifred rejected his advances and sought refuge in her church. Caradog’s response was to ride after her and having caught her, beheaded her. There are two stories concerning Caradog’s demise. Firstly, he dropped dead after murdering Winifred, the other is that Winifred’s brother Owain killed him. Legend also records that her uncle, Beuno, restored her to life and there after she committed her life good works.
A short and tragic life but one that is still remembered through the site of her murder and martyrdom. The town of Holywell, (Welsh, Treffynnon, pronounced Tref-fy-on), takes its name from the St Winifred’s Well. From the Middle Ages it was believed the water had a curative quality, people visited the well seeking physical help. It has been a place of pilgrimage for centuries and is known as the Lourdes of Wales and continues to be a place of pilgrimage for Orthodox, Catholic and Anglicans.

O Lord, we beseech you mercifully to hear the prayers of your people who call upon you; and grant that they may both perceive and know what things they ought to do, and also may have grace and power faithfully to fulfil them; through Jesus Christ your Son our Lord, who is alive and reigns with you, in the unity of the Holy Spirit, one God, now and for ever.
(Common Worship Collect for the 16th Sunday of Trinity)

Blessed are they who have not walked in the counsel of the wicked, •
nor lingered in the way of sinners, nor sat in the assembly of the scornful.
Their delight is in the law of the Lord • and they meditate on his law day and night.
Like a tree planted by streams of water bearing fruit in due season, with leaves that do not wither, • whatever they do, it shall prosper.
As for the wicked, it is not so with them; • they are like chaff which the wind blows away.
Therefore the wicked shall not be able to stand in the judgement, • nor the sinner in the congregation of the righteous.
For the Lord knows the way of the righteous, • but the way of the wicked shall perish.

Mark 9 (33-37) Who Is the Greatest?
Then they came to Capernaum; and when he was in the house he asked them, ‘What were you arguing about on the way?’ But they were silent, for on the way they had argued with one another about who was the greatest. He sat down, called the twelve, and said to them, ‘Whoever wants to be first must be last of all and servant of all.’ Then he took a little child and put it among them; and taking it in his arms, he said to them, ‘Whoever welcomes one such child in my name welcomes me, and whoever welcomes me welcomes not me but the one who sent me.’

While our knowledge of so many Celtic saints is shrouded in this mist of not knowing, of not being able to see them clearly, we do see women and men who so often did not seek greatness. They were servants and welcomed people in the name of Christ. They tried to live out the Gospel message.

In our prayer we welcome those who are searching for faith. 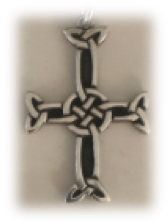 Bless all whose journey, that search for faith, acceptance and identity, is made more difficult by circumstances, doubt, diversions, exhaustion, stumbles along the road and the load they carry.
May they hear your voice and see your footsteps, know how close you are, lay down their burden, reach out for your hand and allowed land. (John Birch)

The Lords Prayer
Lord of creation,
whose glory is around and within us:
open our eyes to your wonders,
that we may serve you with reverence
and know your peace at our lives’ end,
through Jesus Christ our Lord.
(Common Worship Alternative Collect for the 16th Sunday of Trinity)

God’s arm around you, God’s love within you, God’s light guiding you
Journey in peace today and the blessing of God, Father, Son and Holy Spirit keep you in his love now and always. Amen 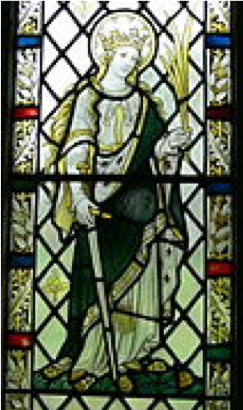