From May to October 2021, we had a series of Celtic reflections which I know were enjoyed by many of you. Over the Christmas period I had a Zoom session with friends from the Anglican Church, Haarlem and, during a truly enjoyable session the possibility of me writing reflections on St Cecilia, a return to more Celtic reflections and another pilgrimage style reflection was raised. Having done a reflection on St Cecilia I have decided to combine the idea of pilgrimage with a strong Celtic influence.

This reflection is about preparation for the pilgrimage and the journey we will take together. Our pilgrimage will start in Cornwall moving across the Severn Estuary to Wales and then to the Isle of Man; the Scottish borders will be our penultimate destination before ending in Northumberland. The pilgrimage will be through five reflections.

Our virtual pilgrimage takes us back some 1,500 or so years; while I will keep reminding you that there are gaps in our knowledge of these early Celtic Christians they were, however, like us. They were people with needs, hopes, and anxieties; with friends, families and communities. They would have had fears and hopes and trying to trust in an uncertain world. They lived simple but hard lives, made a living from the sea, the land, being creative and being engaged in trade. They are our ancestors who worked hard and sought to be followers of Jesus. They heard the psalms and the Gospel and sought to find the Divine influence in the world around them. They were our sisters and brothers from the past and we can use their influence for the presence and the future.

Many of those who were teachers and Christian leaders had themselves had training both within monasteries and travelling to centres of learning in France (Breton). Teaching of the local people would be through the reading of the scriptures and the telling of stories, stories based on what was available locally. The legend of St Patrick taking a small three petalled flower and using that to explain the Trinity is an example. The early Celtic teachers had to be good story-tellers and walk the walk. Their example taught folk the steps needed be a follower of Jesus.

I will be returning to the prayers composed by John Birch, he accompanied us through our earlier Celtic Reflections. I thank him for his continued generosity in allowing the use in these prayers. 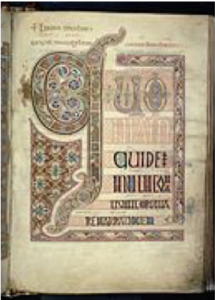 St Luke’s Gospel Introduction
While our knowledge of early Celtic saints and their lives is
Public domain shrouded in this mist of not knowing, of not being able
to see them clearly, we do see women and men who so
often did not seek greatness. They were servants and
welcomed people in the name of Christ. They tried to
live out the Gospel message.

Opening Prayer
Almighty Father, whose Son was revealed in majesty before he suffered death upon the cross: give us grace to perceive his glory, that we may be strengthened to suffer with him and be changed into his likeness, from glory to glory; who is alive and reigns with you, in the unity of the Holy Spirit, one God, now and for ever. (Common Worship Collect for the Sunday next before Lent Year C)

Psalm Psalm 99 (1-4a)
The Lord is king: let the peoples tremble; •
he is enthroned above the cherubim: let the earth shake.
The Lord is great in Zion •
and high above all peoples.
Let them praise your name, which is great and awesome; •
the Lord our God is holy.
Mighty king, who loves justice, you have established equity;

Gospel Reading Luke 9.28-36
The Transfiguration
Now about eight days after these sayings Jesus took with him Peter and John and James, and went up on the mountain to pray. And while he was praying, the appearance of his face changed, and his clothes became dazzling white. Suddenly they saw two men, Moses and Elijah, talking to him. They appeared in glory and were speaking of his departure, which he was about to accomplish at Jerusalem. Now Peter and his companions were weighed down with sleep; but since they had stayed awake, they saw his glory and the two men who stood with him. Just as they were leaving him, Peter said to Jesus, ‘Master, it is good for us to be here; let us make three dwellings, one for you, one for Moses, and one for Elijah’—not knowing what he said. While he was saying this, a cloud came and overshadowed them; and they were terrified as they entered the cloud. Then from the cloud came a voice that said, ‘This is my Son, my Chosen; listen to him!’ When the voice had spoken, Jesus was found alone. And they kept silent and in those days told no one any of the things they had seen

In our prayer we welcome those who are searching for faith.

Bless all whose journey, that search for faith, acceptance and identity, which is made more difficult by circumstances, doubt, diversions, exhaustion, stumbles along the road and the load they carry.
May they hear your voice and see your footsteps, know how close you are, lay down their burden, reach out for your hand and allowed land. (John Birch)

God’s arm around you, God’s love within you, God’s light guiding you
Journey in peace today and the blessing of God, Father, Son and Holy Spirit keep you in his love now and always. Amen

Images: Silhouette of the Celtic Cross and Lighthouse on Llandwyn Island An atmospheric shot of the crosses and lighthouse seen on the approach to Llandwyn island, on the SW corner of Anglesey.
Angus McCulloch – Creative Commons Attribution-Share Alike 2.0 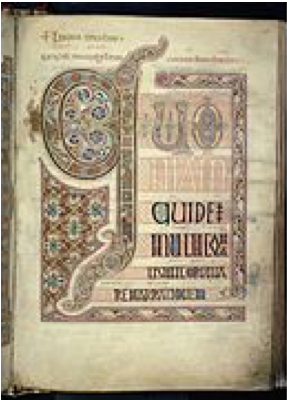