Celtic Christianity in Scotland is often associated with the works of Columba and the monks of Iona or Ninian and other saints of the west of Scotland. In this reflection, we travel to the East of Scotland and Fife. The St Fillan was in fact Irish, he was the grandson of Cellach Cualann, King of Leinster, and came to Scotland in 717. He came with his Irish princess-mother St. Kentigerna, and his Irish prince-uncle St. Comgan. St Kentigern, founded a religious community beside Loch Lomond. 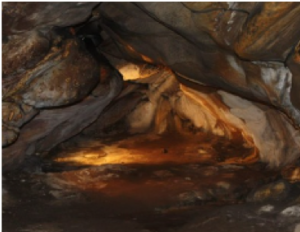 St. Fillian became a missionary monk, he devoted himself to the evangelization in Perthshire, later becoming a hermit at Pittenweem and tradition is that he lived in this cave, before being chosen as abbot of the nearby monastery, which he governed for some years. He retired to Glendochart in Perthshire, where he lived a solitary life and built a church. There he died and was buried at the place now called Strathfillan.

As with many, legends build up around their lives, often long after their death. Fillan has a number of such stories and whatever we may wish to think of these stories, Fillan left his mark, people did not have to remember him or tell stories about his life.

The first legend is about a wolf killing an ox, the ox was being used to carry building material. Fillan decided as an act of penance the wolf should be persuaded to take on the ox’s role and help with the building of the church.

The second legend relates to Fillan’s time living in a cave where he also wrote his sermons. He wrote by the light of his luminous left arm. Fillan probably means “little wolf” in Irish.

The final story is that Fillan’s bell and staff was carried by the Abbot of Inchaffray into the Battle of Bannockburn. Robert Bruce was later to found a priory in Pittenweem in Fillan’s honour. 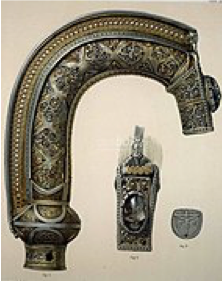 The Crozier of St Fillan, from an 1890 drawing St Fillan’s Priory and Burial Ground,

Whist our knowledge of so many Celtic saints is
shrouded in this mist of not knowing, we do, however, see women and men who so often did not seek greatness. They were journeying or as Samson of Dol put it being a ‘Pilgrim of Christ’. They tried to live out the Gospel message.

Being on a pilgrimage should involve (besides the physical journey both times of stillness), reflection and making connections with life today. Today, we can reflect on places of learning and the men and women who teach. We can give thanks for our education and those who contributed to our formation as members of the communities we live with.

Merciful Lord, you know our struggle to serve you:
when sin spoils our lives and overshadows our hearts,
come to our aid and turn us back to you again;
through Jesus Christ our Lord.

I said, ‘I will confess my transgressions to the Lord,’ •
and you forgave the guilt of my sin.
Therefore let all the faithful make their prayers to you in time of trouble; •
in the great water flood, it shall not reach them.
You are a place for me to hide in; you preserve me from trouble; •
you surround me with songs of deliverance.
‘I will instruct you and teach you in the way that you should go; •
I will guide you with my eye.

Bless the strangers I meet today, Lord; in café, bakery, bus stop, car park, crowded street. Their lives a mystery, sorrows, joys, loves and deep concerns so well disguised. But bless them, Lord, these unknown faces, make this day one of encounter, not only with strangers but also with you. (John Birch)

Guide us, gracious Lord, as we make our way through this week, your feet revealing safe paths to follow, your calming voice giving confidence to continue, through unfamiliar, challenging and often beautiful places. (John Birch)

Oh, that a busy world might pause to glance through Scripture’s window and see within its pages not just history, prophesy, signs and wonders, beautiful poetry or even controversy; but simply hands that from the formless created a universe, raised a people, embraced the poor, lifted the weak and, even now, held out for all to touch still show the scars of a Saviour’s love. (John Birch)

May the Father’s hand keep you from stumbling, the footprints of Jesus give you confidence to follow, and the fire of the Spirit keep you warm and safe in your walk with God this day. (John Birch) 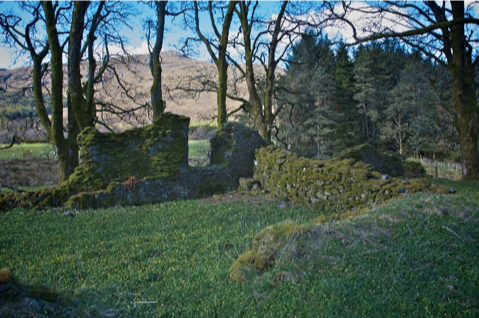