Jesus Prays for His Disciples

17 After Jesus had spoken these words, he looked up to heaven and said, “Father, the hour has come; glorify your Son so that the Son may glorify you, 2 since you have given him authority over all people,[a] to give eternal life to all whom you have given him. 3 And this is eternal life, that they may know you, the only true God, and Jesus Christ whom you have sent. 4 I glorified you on earth by finishing the work that you gave me to do. 5 So now, Father, glorify me in your own presence with the glory that I had in your presence before the world existed.

6 “I have made your name known to those whom you gave me from the world. They were yours, and you gave them to me, and they have kept your word. 7 Now they know that everything you have given me is from you; 8 for the words that you gave to me I have given to them, and they have received them and know in truth that I came from you; and they have believed that you sent me. 9 I am asking on their behalf; I am not asking on behalf of the world, but on behalf of those whom you gave me, because they are yours. 10 All mine are yours, and yours are mine; and I have been glorified in them. 11 And now I am no longer in the world, but they are in the world, and I am coming to you. Holy Father, protect them in your name that you have given me, so that they may be one, as we are one. 12 While I was with them, I protected them in your name that[b] you have given me. I guarded them, and not one of them was lost except the one destined to be lost,[c] so that the scripture might be fulfilled. 13 But now I am coming to you, and I speak these things in the world so that they may have my joy made complete in themselves.[d] 14 I have given them your word, and the world has hated them because they do not belong to the world, just as I do not belong to the world. 15 I am not asking you to take them out of the world, but I ask you to protect them from the evil one.[e] 16 They do not belong to the world, just as I do not belong to the world. 17 Sanctify them in the truth; your word is truth. 18 As you have sent me into the world, so I have sent them into the world. 19 And for their sakes I sanctify myself, so that they also may be sanctified in truth.

25 “Righteous Father, the world does not know you, but I know you; and these know that you have sent me. 26 I made your name known to them, and I will make it known, so that the love with which you have loved me may be in them, and I in them.”

This is the Word of the Lord
Thanks be to God 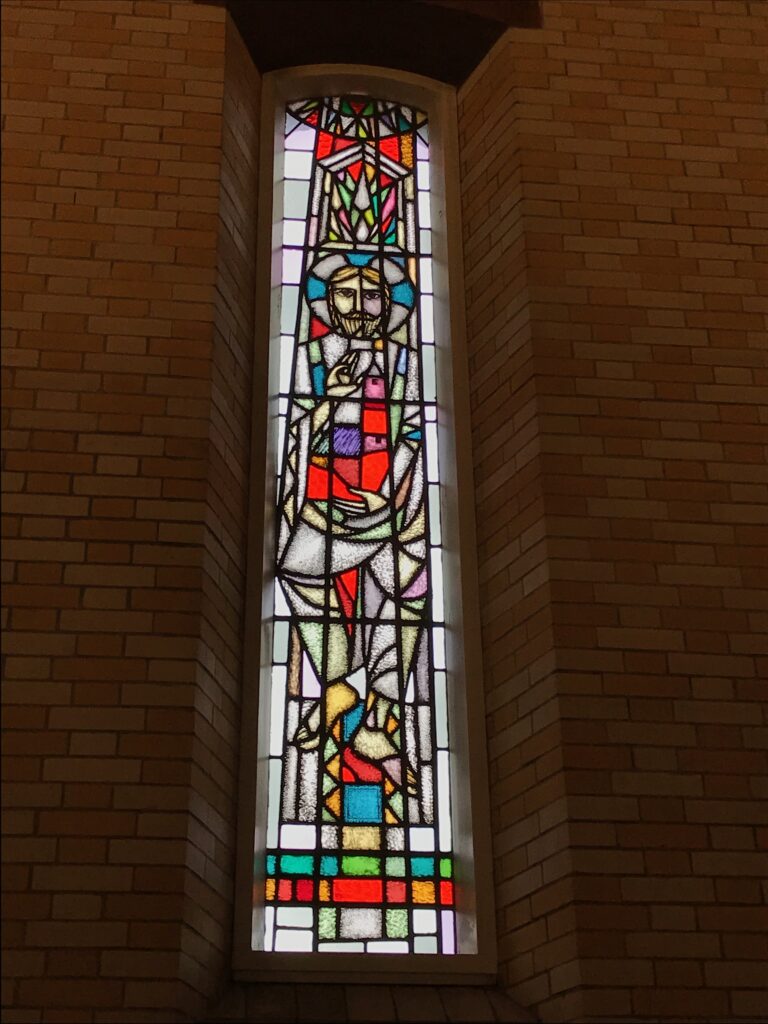